ROY ZIMMERMAN
​HOPE, STRUGGLE AND CHANGE
words and music
copyright © 2009 by
Roy Zimmerman and Melanie Harby
Hope and Change is what you voted for
But looking at you now, I know that you’re
Wishing that your vote did something more to move it forward

We gotta hope and cry, work until we die
We gotta plan and fail, spend the night in jail
We gotta really get pissed, resist and raise a fist
Gotta try to revolutionize

We gotta bleed and need, suffer guaranteed
We gotta sweat no doubt, get the vote out
We gotta howl, yell, raise a lot of hell
Gotta educate and organize
And keep our eyes on the prize

So asking any president to make
Fundamental change, that’s our mistake
We gotta be a giant just awakening from its slumber 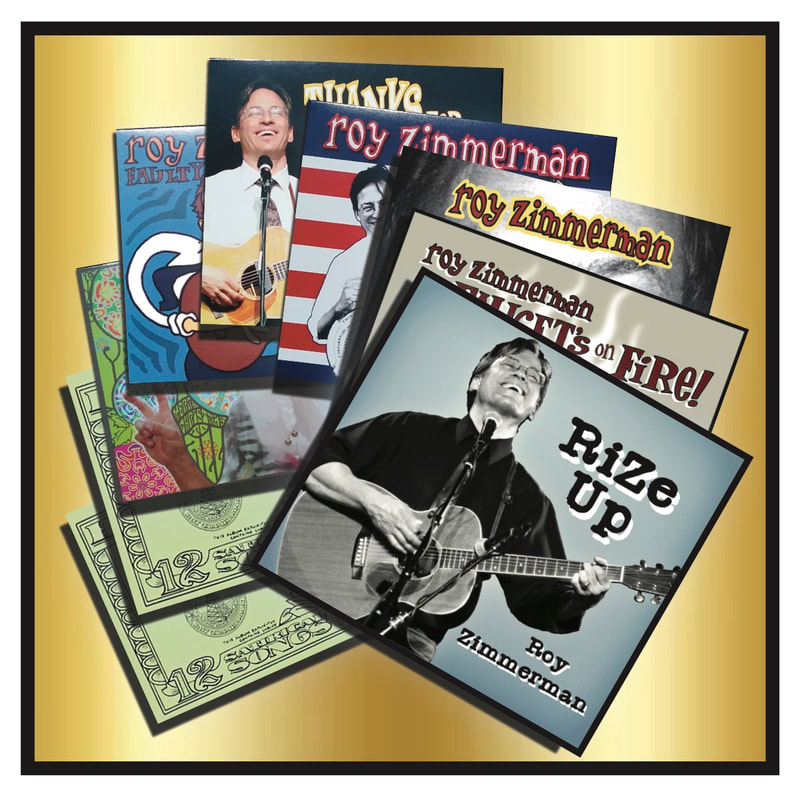