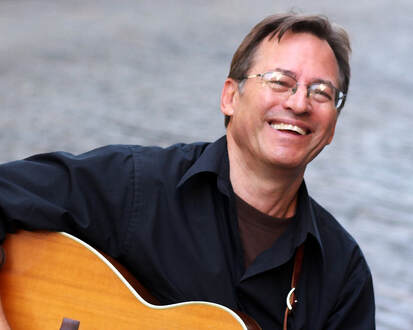 ​Roy Zimmerman’s signature blend of heart and hilarity has never been more necessary. In a career spanning more than thirty years, Roy’s songs have been heard on HBO and Showtime, and his videos have garnered hundreds of millions of views.

RiZe Up is Roy’s tenth album release as a solo artist. It’s a funny and forceful expression of resistance to the MAGA mindset. “Satire empowers people,” says Roy. “To laugh is to fight back. To hope is to fight back.” 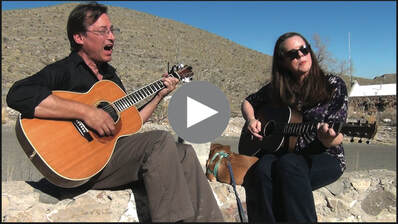 Melanie is a three-time West Coast bluegrass guitar champion. She was an original Broadway cast member of Quilters, and performed the show at regional theaters across the country.

​Melanie was Joni Mitchell's guitar tech and her research assistant on the Hits and Misses project. She was also research assistant for the Fox Movie Channel's Legacy series with Tom Rothman, reconstructing how the deals for many classic Fox films were put together with particular  emphasis on how casting decisions were made.

Roy founded and wrote all the material for the comedy folk quartet The Foremen, who recorded for Warner/Reprise Records and played all the nation’s major folk music venues. They got to sing Zimmerman’s lampoon of Oliver North, “Ollie Ollie Off Scot Free” directly to the colonel himself on North’s own syndicated show. “Friends,” said North, “this is a very weird group.”

Roy and Melanie have written hundreds of children's songs for Disney, Warner Bros. Looney Tunes, and McGraw and Hill. Melanie’s children’s picture book All Aboard for Dreamland is published by Simon and Schuster.

By far, Roy and Melanie's best collaborations are their sons, Joe and Sam.

For years, Roy and Melanie toured the country. Their “Satire Delivery Service,” as they called it,  brought laughter and encouragement to the “Blue Dots” - the most progressive people in some of the least progressive places in the nation.

"I get accused of preaching to the converted," says Roy, "but that's not how I think of it. I think of it as entertaining the troops."